Yesterday the postie brought a fat envelope from the lovely girls at Buttonberry. I had trouble restraining myself from snatching it out of his hand while he fiddled with a recorded delivery for Martin. I knew it would be the first block of Tail Feathers! 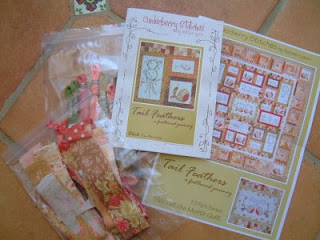 You might notice that the fabric looks a bit, erm, used. That's because I promptly took a couple of hours off (I did work all weekend so I reasoned it was justified!) and started... 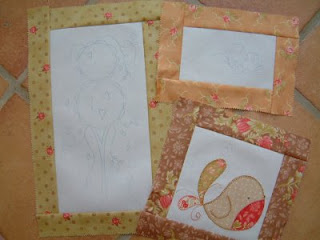 The three mini blocks were very quick to piece and the kit comes with transfers for the stitchery, so that is so much easier than tracing. And the applique uses bondaweb, so all-in-all a really fast start. Lots of stitchery to do though. Here's a close up of my cute bird - still a couple of tail stitchery bits to do. 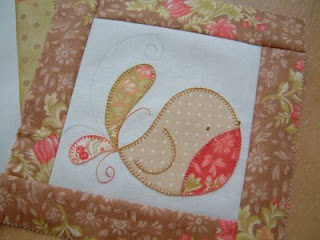 Lulu is still doing well - she weighs 2.9kg now, so a lot healthier. And I'll leave you with our butter-wouldn't-melt-in-his-mouth Trevor. Only a couple of weeks ago he presented us with a bathroom of feathers and a baby rabbit in one day. The baby rabbit was fine - we had to chase it all round the garden but eventually caught it and released it. The bird was just feathers. The down side of cats! 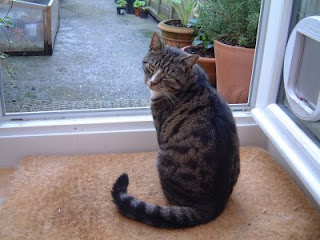