Well, after enjoying last weekend's block for the Farmer's Wife Sampler Quilt so much, Nic and I decided to do two blocks this week. I was away at a wedding party for a fair bit of the weekend, but I took the first one with me and started and finished it at the hotel. The second got finished last night. So here's Autumn Tints (a little creased from the trip): 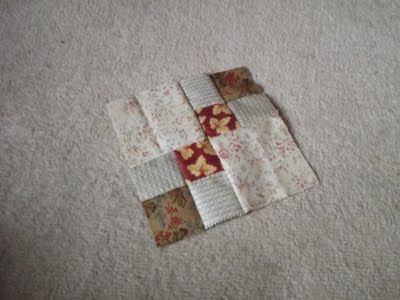 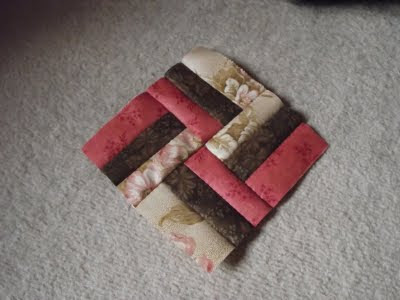 I decided to do Basket Weave as the layout in the book, even though it does look a bit like a Nazi symbol. But I like the beige fabric arrangement, so it's staying.

I was going to post photos earlier, but I had problems taking any. It's wet and miserable so it had to be indoor photos, and Sarah has taken to following me around like a puppy! 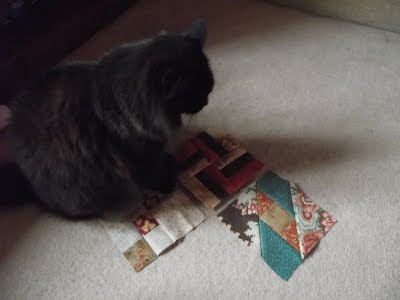 She's fuzzy in this one because she moved, but oh so cute! 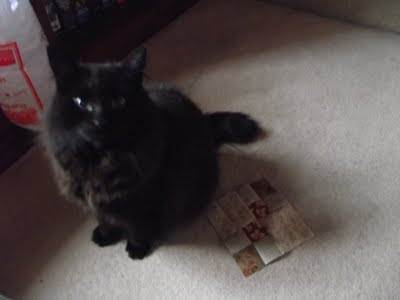 Posted by Nicki at 2:58 am
Labels: cats, Farmer's Wife quilt