Gosh, these weeks are going fast aren't they? Another two blocks done on the Farmer's Wife Sampler Quilt. These two were easier and faster than last week's and done while watching much rugby on Sunday (I'm already a little rugby-ed out and it's not even the end of the first week of the world cup!) 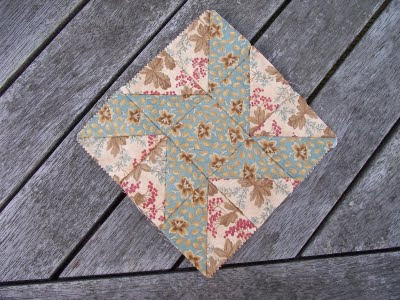 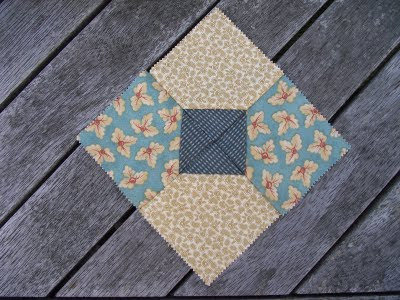 And here they are all together - I'm happier with the colours now there are more blocks. 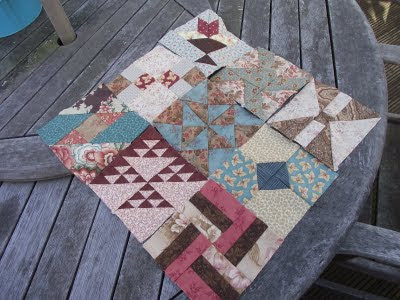 There's been lots of knitting too. I've almost finished a cardigan (just seaming and the neckband to do), started another (pic coming shortly), been hexipuffing slowly but steadily (up to 40 puffs now), and been ticking along on this - a stole that is the first pattern in the Knitspot Fall in Full Color Club. I'm knitting mine in laceweight merino/silk with just a hint of sparkle from Posh Yarn. Pretty! 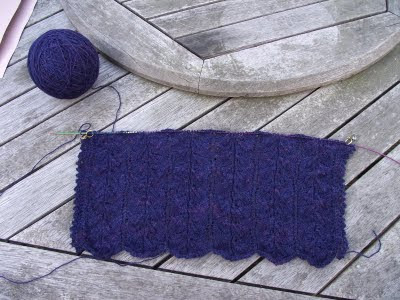