So, what else was I doing over the last month or so? Well, I got some other knitting and quilting done as well. I'll be taking my quilting to my Tuesday afternoon craft group today, so I'll do an updated photo later this week, but here's the latest knitting finish. 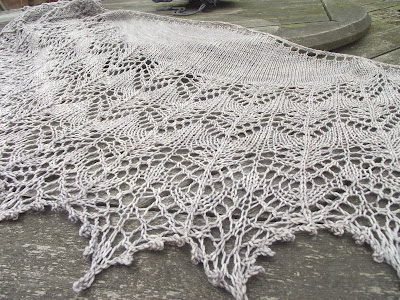 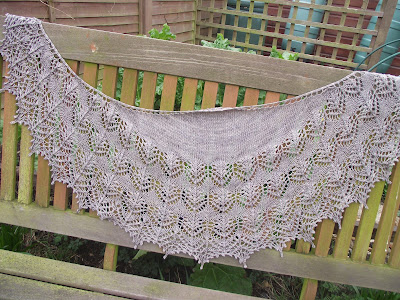 It's called Fragile Heart and it's knitted in Old Maiden Aunt merino in the colourway Greige.

And speaking of fragile things, I decided to widen the flower bed last week and dig up and divide the hardy geraniums that were taking over. And the garden spade that has barely been used and is only a year old decided to snap right in two! 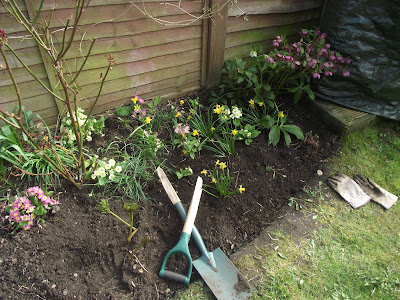 It wasn't until later that I realised how lucky I'd been. I obviously was putting a lot of pressure on it when it snapped and I fell into the flower bed. If I'd fallen onto the broken end I could have impaled myself. Thankfully no damage was done!
Labels: gardening knitting shawls