Oops, it's been longer than I realised! Oh well.

I have been crafting but March was a pretty rubbish month and I just didn't feel like being sociable - even online. March is always a low time for me - a combo of my birthday (which always brings on an adoption-related bout of depression and often sees me with minor illnesses like colds and stomach bugs) and seasonal blues. I've learned to expect it and take measures against it, but the long cold winter this year was hard.

But you didn't come here to read about that, so I'll move on and say spring is finally here and I feel more myself again. I've found a new crafting group in the town and am really enjoying my Tuesday afternoons with new friends, and I have quite a few things to show for a month or two of sitting indoors trying to keep warm!

First is progress on Napoleon. He's been put aside for a few weeks now but I'll probably pick him back up next month. Knitting is less appealing as it gets warmer! 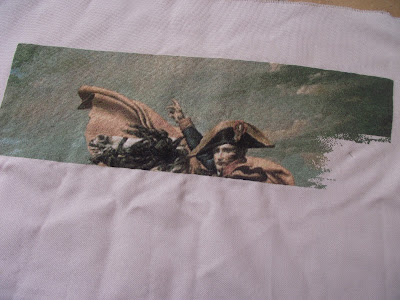 He's looking good - I'm pleased and so is Martin!

Trevor needed to get in on the action too... 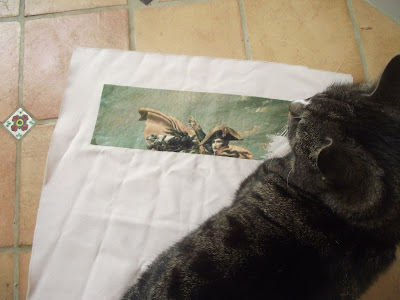 And that wasn't the only thing he was interested in. A few weeks ago I finished my Sky Ladder blanket late at night (I got the rest of the yarn I needed as payment for helping on a yarn stall in mid February). I left it on the sofa and look what I found the next morning... 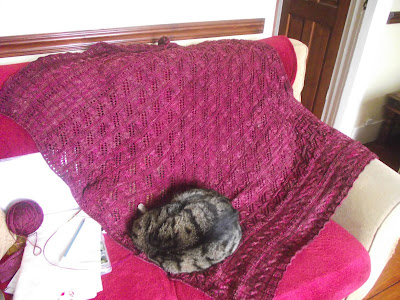 He's not stupid. It was cold and that blanket is warm! 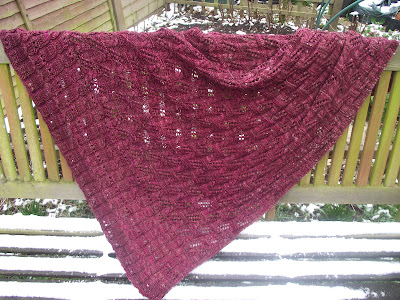 It's seen a fair bit of use the last month or so, but hopefully I won't need it now until next winter.

Lots more to share but I'll save some for another day.